The latest edition of the international standard ISO 17712: 2013 was published in May 2013. Its purpose is to test and classify the security mechanical seals that are acceptable for securing freight containers in international trade.

Seals that are certified as «High Security» ISO 17712:2013 compliant can be used also to ensure freights by rail cars and by road trucks or trailers, both in cross-border and domestic operations.

The testing laboratory must be equipped with appropriate machinery to carry out for example tensile test, shear test, bending test and impact test.

This specific clause requires that seals be designed and constructed with tamper evidence features that generate tell-tale evidence of tamper. The fundamental function of any seal is “indicativeness”, the ability to reveal evidence after attempts that have been made to tamper with the seal. In practical field applications, this calls for evidence available to visual or other inspection of a seal in situ by a commercial or regulatory person.

This clause also requires that, for high security seals desired to be Clause 6 compliant, the seal manufacturer can demonstrate the tamper evident properties and related documentation to the auditors of a process-review organisation accredited according to ISO/IEC 17020.(like for instance SGS); this shall occur as part of the seal manufacturer’s ISO 9001 Quality Operational Procedure, in accordance with a  number of practices related to security as outlined in the ISO 17712:2013 «Annex A». The report of the accredited  auditing agency shall address compliance of the manufacturer’s tamper evidence program, including testing. For ease of use of its customer and regulatory relationships, manufactures may request a summary letter from the auditing agency that certifies such compliance.

HERE IN SUMMARY OF ALL CERTIFICATES THAT ARE NECESSARY to avoid any legal issues related to the use of a seal claiming to be  ISO 17712:2013 compliant:

b) Declaration of an accredited auditing agency that the seal manufacturer performs in accordance with Clause 6 of the ISO 17712:2013 document;

In case that just one single certificate out of these three is missing the ISO 17712:2013 compliance cannot be claimed unless running into serious legal risks.

To get more information on the complete range of LEGHORN high security seals and their certification please contact: info@leghorngroup.com 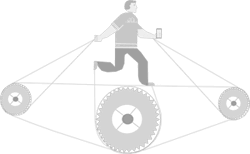